GRAND JUNCTION, TN - An investigation by special agents with the Tennessee Bureau of Investigation (TBI) has resulted in the arrest of a Bolivar man on multiple counts of attempted murder and other charges.

At the request of 25th Judicial District Attorney General Mark Davidson, last night, TBI special agents responded to a residence in the 1800 block of Highway 57 in Grand Junction, following an hours-long standoff.

Hardeman County deputies responded to the residence earlier in the day to conduct a welfare check due to concerns for the safety of someone inside.

Deputies reported they were fired upon after knocking on the door. A woman inside the home was struck by gunfire but was able to escape and was transported to an area hospital.

The gunman remained in the home with two other individuals, including a juvenile, who he would not allow to leave.

At approximately 9 p.m., Special Weapons and Tactics (SWAT) teams from the Jackson Police Department and Madison County Sheriff’s Office made entry into the home and were able to safely end the standoff with no other injuries. 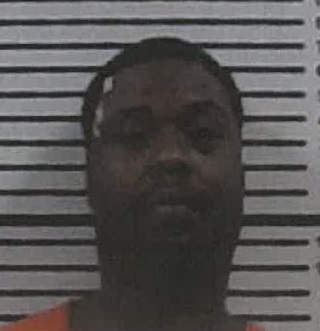 Photo of the Accused, Larry Taylor

Larry Taylor (DOB: 3/26/2000) was taken into custody and booked into the Hardeman County Jail.

He faces the following charges:

His bond is set at $1 million.

Attached Photo Courtesy of the Tennessee Bureau of Investigation (TBI)