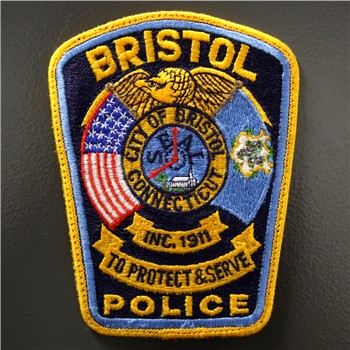 HARTFORD, CT (October 13, 2022) – Governor Ned Lamont has announced that he is directing U.S. and state flags in Connecticut lowered to half-staff in honor of two officers from the Bristol Police Department who were shot and killed in the line of duty late Wednesday night October 12, 2022 while responding to a domestic violence situation involving family at a private residence in Bristol.

A third officer was also shot and has been seriously injured.

The names of the officers involved have not yet been released as their families are in the process of being notified.

Flags should be lowered immediately and remain lowered until sunset on the date of interment, which has not yet been determined. Accordingly, since no flag should fly higher than the U.S. flag, all other flags, including state, municipal, corporate, or otherwise, should also be lowered during this same duration of time.

The Office of the Governor will send out a notification when flags should be returned to full-staff. 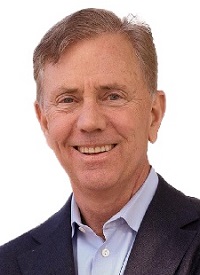 Governor Lamont (right) said: “The loss of two officers from the Bristol Police Department who were killed in the line of duty while responding to an emergency call of domestic violence is a senseless tragedy, and my prayers are with their families, loved ones, and fellow officers,”

The Governor went on to say: “I also ask the residents of Connecticut to keep in their prayers a third officer who was shot while responding to this emergency and is currently in the hospital with serious injuries. This is a devastating reminder of the dangers that police officers face every day to protect our families and neighbors from all kinds of situations.

"These officers are heroes and will always be remembered for the honorable service they provided to their town and their state.

"This continues to be an active situation, and I’ve directed DESPP Commissioner James Rovella and the Connecticut State Police to support the Bristol Police Department and greater community in every way they can.”

On Thursday October 13, 2022 at 3:01 P.M. the Bristol Connecticut Police Department issued the following statement on Facebook.

In the immediate aftermath of last night’s events a silent vigil and gathering will be held tonight, Thursday, October 13th, 2022 at Bristol Eastern High School @ 5:30 PM.

The Bristol Police Department requests the public and media respect the family’s wishes of privacy and are given a time to grieve during these difficult times.

A “Bristol Police Heroes Fund” has been established through the Bristol Police Union at Thomaston Savings Bank to support the families. Donations are currently being accepted at all branches and additional donation opportunities will be forthcoming.