JACKSON COUNTY, OR - The Oregon State Police is reporting that on Wednesday, October 12, 2022, at approximately 3:00 P.M., an OSP Trooper assigned to the Central Point Area Command stopped a white Dodge truck out of Texas, pulling a large cargo trailer, for several traffic violations on State Route 62 in Eagle Point, Oregon.

During the stop, reasonable suspicion was developed for the exportation of marijuana. A consent search of the cargo trailer revealed approximately 350 garbage bags containing dried, processed marijuana with a total weight of 8,850 pounds. 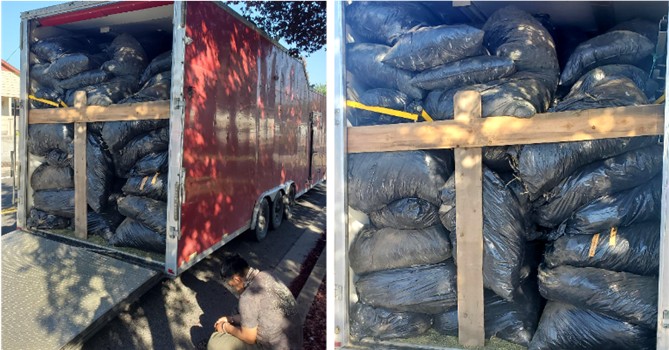 The driver, identified as MANUEL RODRIGUEZ PLASCENCIA (30) from Turlock, California, was issued criminal citations and released.