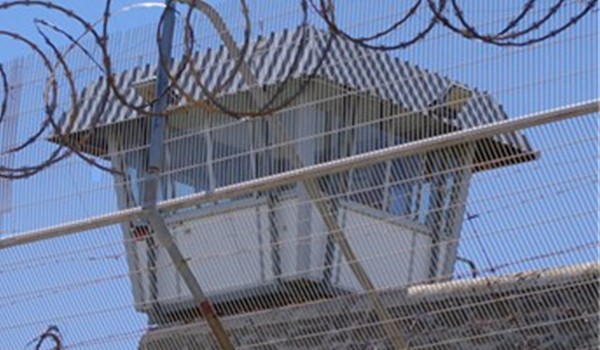 The investigation of this case began when a young girl knocked on a stranger’s door in Elliott County, Kentucky. The minor was dirty and appeared malnourished. 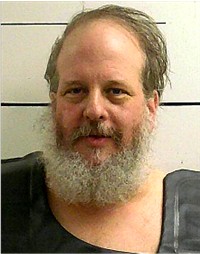 The investigation of this case began when a young girl knocked on a stranger’s door in Elliott County, Kentucky.  The minor was dirty and appeared malnourished.  She then revealed to law enforcement that she and two other females, had been repeatedly physically and sexually abused by Stinespring.  She also stated she had not left Stinesping’s property in over two years.  She then detailed some of the abuse she suffered there, including being made to sit on rocks for an extended period, being tied up with paracord, having water poured over her, and even being shocked with a stun gun – on the tops of her feet, in her armpits, and around her genitals.

Law enforcement then executed a series of search warrants at Stinespring’s Elliott County property, which was located approximately a mile and a half deep into the woods in a remote part of the county.  As they approached the property, police encountered what they believed to be rudimentary roadblocks of logs and downed trees lying across the path.  The house was a makeshift cabin constructed of clapboard and surrounded by pigs and goats.  A search of the home revealed numerous electronic devices; it also revealed a fetal doppler, pregnancy tests, and birth control pills within the residence.

Stinespring’s electronic devices contained sexually explicit pictures and videos of all three victims, at times when some or all were minors.  He admitted to producing these images and to possessing sexually explicit images of other minors that he obtained via the internet.

While incarcerated after his arrest, Stinespring authored a letter to one victim, attempting to coerce her into taking responsibility for the criminal conduct.  The letter was sent through a third party and was written in an elaborate code consisting of a complex series of numbers.  The code was ultimately broken, and the attempted obstruction of justice was discovered.

Stinespring pleaded guilty to the charges in May 2022.

Under federal law, Stinespring must serve 85 percent of his prison sentence.  Upon his release from prison, he will be under the supervision of the U.S. Probation Office for life.

“The victims in this case suffered unspeakable mental, physical, and sexual abuse,” said Carlton S. Shier, IV, United States Attorney for the Eastern District of Kentucky.  “Even in the context of child exploitation and abuse, the conduct was remarkable.  Three young people were extensively and callously abused, over the course of years.  While his conduct was truly appalling, fortunately, the sentence he must now serve is also noteworthy.  It is our hope that it will assist the victims in their recovery from the abuse, provide them with some measure of justice, and prevent him from ever endangering other young victims again.”

"Crimes against children can be some of the most heinous crimes the FBI investigates. Innocent families are forever impacted by the perpetrators' deplorable actions," said Special Agent in Charge Jodi Cohen for the FBI Louisville Field Office.  "Today's sentence is a reflection of how aggressively the FBI and our law enforcement partners will continue to pursue justice knowing children's lives are at stake."

The investigation was conducted by the FBI and the KSP.  The United States was represented by Assistant U.S. Attorney Erin Roth.