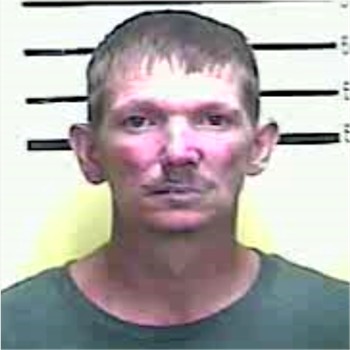 PINEVILLE, KY - The Bell County Sheriff's Department is reporting that on Wednesday morning, October 19, 2022, Bell County K-9 Sgt. Adam Southern observed 38-year-old Joe Bullins of Middlesboro, KY driving his vehicle on Highway 25E near the Pineville Water Treatment Plant. Sergeant Southern had recent prior knowledge that Bullins had several outstanding felony warrants for his arrest. As Deputy Southern turned to initiate a traffic stop, Bullins sped off at a high rate of speed.

The Sergeant then activated his emergency lights and sirens in an attempt to stop the vehicle, but Bullins continued traveling on the old U.S. 25E loop disregarding a stop sign and slamming on his brakes trying to cause the deputy to strike him.

At one point as the pursuit continued on Highway 188, Bullins slowed as Sgt. Southern attempted to pass and then swerved to strike the Deputy's vehicle causing him to nearly run off the roadway.

Bullins then traveled across Mountain Drive and then onto State Highway 1344 until he disregarded another stop sign at the Highway 217 intersection near Shillalah, turning towards the Brownies Creek community.

Sgt. Southern followed Bullins briefly until he slammed on his brakes causing the deputy to strike the rear corner of his vehicle.

Bullins then stopped his vehicle in the middle of the road and attempted to quickly exit and flee the scene.

Joe Bullins was charged with: