LINN COUNTY, OR (October 21, 2022) - The Oregon State Police is reporting that OSP has released additional information related to the multi-vehicle crash on Interstate 5 Wednesday morning October 19, 2022. 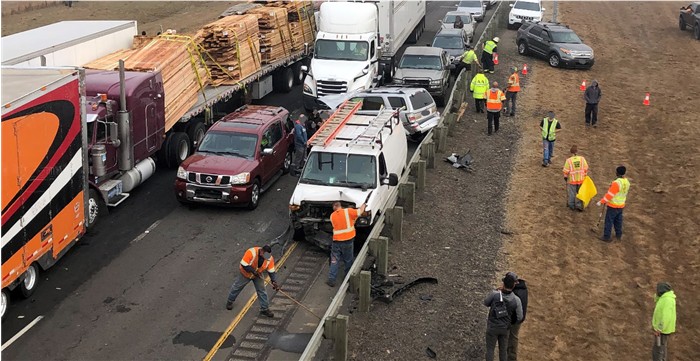 The freeway is expected to be closed most of the day

Preliminary estimates of involved vehicles are 15 to 20 Commercial Motor Vehicles and 45 passenger vehicles with one confirmed fatality. 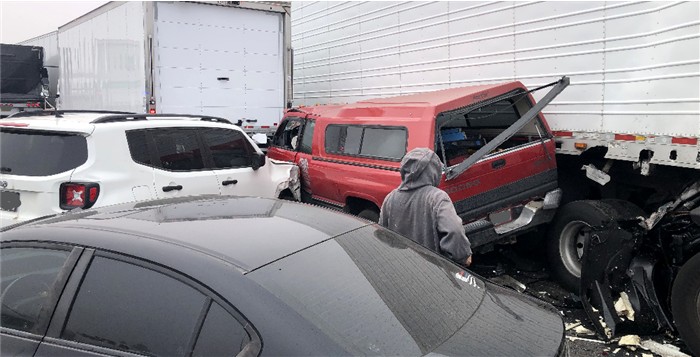 The Oregon Department of Transportation has temporarily dropped the cable barrier to detour vehicles caught in the gridlock on Interstate 5.  School buses from Eugene have also arrived on the scene to assist in relocating 30-40 stranded motorists to Pioneer Villa at exit 216.

School buses on the scene to assist in relocating stranded motorists

DEQ and HAZMAT are responding to approximately 6 of the CMVs that are leaking fluids onto the roadway.

Members of the Oregon State Police Collision Reconstruction Unit are on the scene.

For current  information about detours and when the roadway will be re-open, call 511 or www.tripcheck.com