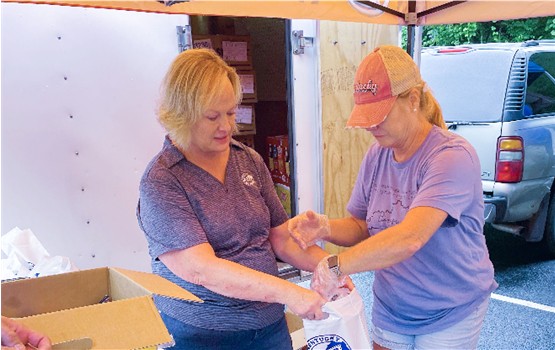 LOUISVILLE, KY – Kentucky Farm Bureau has donated money from the KFB for Kentucky Relief Fund to aid families and communities in Eastern Kentucky during the aftermath of the flooding earlier this year. One hundred percent of the money raised by the fund is being passed along to organizations providing relief services in areas affected by disasters.

KFB President Mark Haney described the scenes he saw after the flooding in one word: devastation. However, he also noted the difference that has been made by generous donations and helping hands.

“In addition to the work done by Kentucky Farm Bureau Insurance and our county Farm Bureaus, we have continued to be on the ground with our members in Eastern Kentucky who depend on local organizations as the communities rebuild. We are proud to invest in the work these organizations are doing to help our fellow Kentuckians in need,” said Haney. “We are grateful for the organizations we partnered with to ensure the donations are put to good use in Eastern Kentucky.” 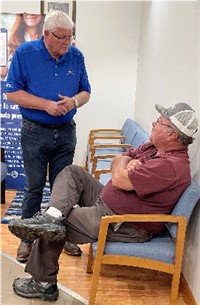 KFB sought to partner with organizations which have been on the ground in Eastern Kentucky well before the flooding and will be there long after. Donations from the disaster relief fund have been dispersed to the Christian Appalachian Project, Mountain Cattlemen’s Association, and God’s Pantry. Each organization has been integral in helping the affected Eastern Kentucky communities and residents rebuild.

“At KFB, we thought the best way for our organization to assist those who wished to help was to use our KFB for Kentucky Relief Fund to aid the families and communities affected by the devastating floods,” KFB Federation Executive Vice President Drew Graham said. “This fund has been used to give people a trusted way to financially support those in need, and we are grateful for the donations and all those who have supported this effort.”

Graham mentioned that working with local KFB county leaders and other organizations with the core mission to help the people of Eastern Kentucky, makes a big difference in getting help to those who have been affected the most.

While donations from the fund are currently being used in Eastern Kentucky, more help is still needed. To make an online donation to the relief fund, visit: kyfb.com/KFBforKYRelief.