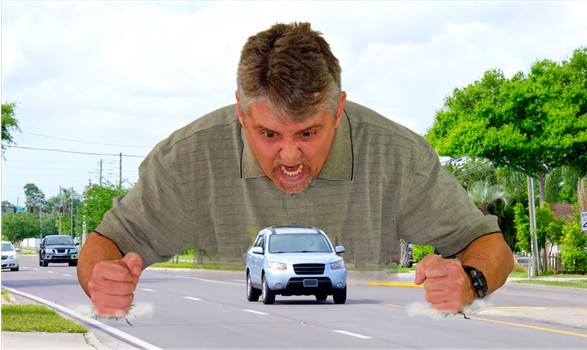 FREDERICK, MD — The Maryland State Police is reporting that Troopers are searching for the person who fired shots at a vehicle Sunday evening in Frederick County that injured a woman during an apparent road rage incident.

The victim, not being identified at this time, was driving a dark blue Jeep Wrangler at the time of the incident. She was transported by medevac to the R Adams Cowley Shock Trauma Center in Baltimore where she is receiving treatment for the injuries sustained in the incident.

The victim told Maryland state troopers from the Frederick Barrack that shortly before 7:45 P.M. on Sunday, November 6, 2022, she was traveling on I-270 North near the 26-mile marker. The suspect vehicle was driving behind her and flashing high beams.

The victim said he changed lanes and was adjacent with her vehicle when the driver displayed a gun and fired shots into the victim’s car. She was struck in the leg. The suspect vehicle then continued driving northbound on I-270 in Frederick. Police do not have a vehicle or suspect description at this time.

Troopers examining the area where the incident occurred found evidence indicating multiple shots may have been fired. The victim was traveling alone.

Troopers from the Frederick Barrack responded to the scene along with investigators from the Maryland State Police Criminal Enforcement Division and crime scene technicians from the Forensic Sciences Division. The Maryland State Police Aviation Command also responded. Members of the Maryland Department of Transportation State Highway Administration are assisting with detours. Interstate 270 northbound is closed between Exit 22 (MD 109) and Exit 26 (MD 80) due to the ongoing investigation.

Anyone who may have witnessed the incident is urged to contact Maryland State Police at the Frederick Barrack at 301-600-4150. Callers may remain anonymous.