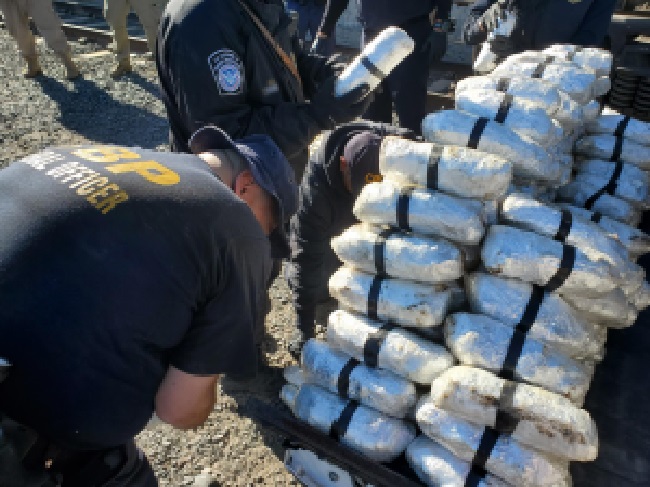 This shipment had an estimated street value of more than $420,000.

“CBP employs a layered enforcement approach in the rail environment to identify and stop drug loads like this one from passing into the U.S.,” said CBP El Paso Port Director Ray Provencio. “All arriving trains are x-rayed. CBP officers also inspect and visually scan the train as it passes, and we use canine assets as well to check rail traffic.”

The seizure occurred on Nov. 9 when CBP officers conducting non-intrusive (x-ray) railroad inspections on a train making entry into the U.S. from Mexico identified an anomaly in one of the empty railcar hoppers.

A CBP canine assisted and conducted a search of the railcar hopper leading CBP officers to locate bundles within the support beam. A thorough search by CBP officers resulted in the discovery of 189 bundles filled with methamphetamine with a combined weight of 215 pounds.

The narcotics were seized by CBP. No arrests were immediately made. The case remains under investigation.