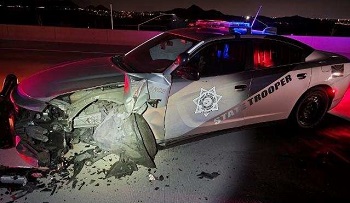 An AZDPS trooper responded to the area and observed the wrong-way driver traveling southbound in the northbound lanes at Lone Mountain Parkway (milepost 128) in a Nissan Versa.

The wrong-way driver failed to stop for the trooper’s emergency lights and siren, resulting in a collision between the patrol car and the suspect vehicle.

The suspect driver was identified as Anthony Compean (44) of Avondale.

Compean was booked into the Maricopa County Jail on charges including: 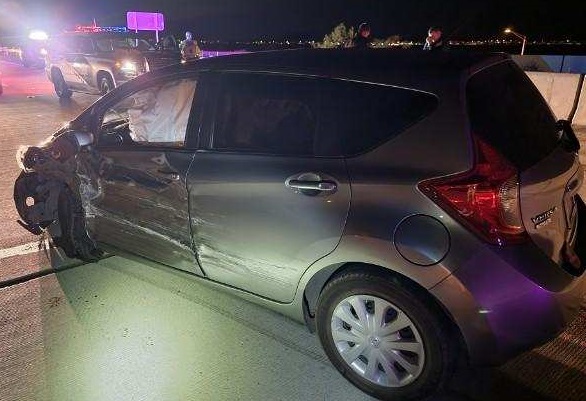 The trooper was transported to a hospital and was treated and released for non-life-threatening injuries.

This investigation is active and ongoing.

Attached photos courtesy of the AZDPS.