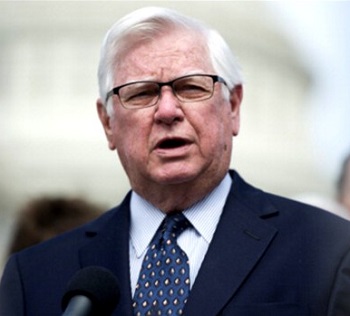 It will be used to deploy a new fiber network to connect nearly 4,500 people, 39 businesses, 27 farms, and four educational facilities to high-speed internet in Breathitt and Leslie counties.

"Rural broadband expansion is a critical part of economic development, educational advancement, and business growth. I applaud the leaders at Thacker-Grigsby Telephone Company for investing in this vital fiber project in Eastern Kentucky," said Congressman Rogers, Dean of the U.S. House of Representatives. "The ReConnect program has provided important funding for broadband expansion across our rural region and I am excited to see how many families and businesses will finally have access to high-performance internet."

The Federal Communications Commission (FCC) ranked Kentucky with the 16th highest percentage of population with no fixed broadband access, noting 90% of those without access live in rural areas.

"Our goal is to connect Eastern Kentucky to the global grid through affordable high-speed, high-capacity internet, and this project is another important step for our rural area," said Bill Grigsby, President and General Manager of Thacker-Grigsby Telephone Company. "It's an important tool for our schools, our businesses, our hospitals, emergency communications and much more, and we are proud to work with Congressman Rogers and USDA Rural Development for the betterment of the communities we serve.

For more information about Congressman Rogers' work in Washington and at home in Eastern Kentucky, visit halrogers.house.gov and follow him on social media.