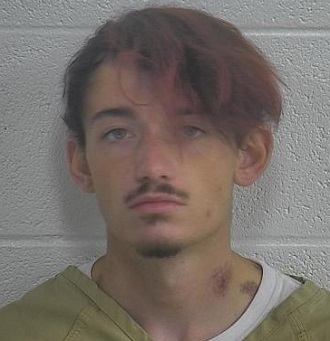 Arrested after complaint of an unresponsive male subject

Upon arrival at the scene Sgt. Mehler met with EMS and made contact with the suspect. After an investigation was conducted it was determined that the individual was under the influence.

According to the press release, during arrest this individual was identified as Charles Martin age 19 of London, KY

This subject was also found in possession of:

Charles Martin was charged with: