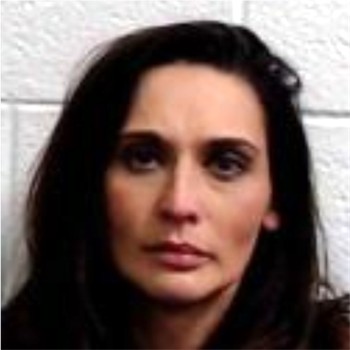 State Police in Beckley, West Virginia arrest Woman Indicted for Murder in Death of 8-year-old Killed in Crash on I-64 in KY

GRAYSON, KY (ClayCoNews) – The Kentucky State Police is reporting that: On January 24, 2021, KSP, Post 14 responded to a single-vehicle fatality that resulted in an 8-year-old being killed and an 11-year-old suffering serious injuries.

After a lengthy investigation, it was determined that the driver, Crystal Hodge (DOB: 8/2/1985), was traveling Eastbound on I-64 at a high rate of speed during inclement weather and under the influence of a controlled substance.

She lost control of her SUV, striking an embankment and causing the vehicle to roll multiple times.

The unrestrained 8-year-old was ejected and the 11-year-old suffered serious injuries during this time.

The case was presented to the Carter County Grand Jury and an indictment was recently issued for the following:

Ms. Hodge was arrested by the West Virginia State Police in Beckley, WV and transported to the Southern Regional Jail.

According to SRJ records Crystal Denise Hodge was booked into the facility on Tuesday, November 29, 2022 at 7:31 P.M. and is being held without bond for extradition back to Kentucky.

The case remains under investigation by Trooper Nathan Carter.

Photo of the accused provided by the Kentucky State Police courtesy of the Southern Regional Jail in Beckley, West Virginia.