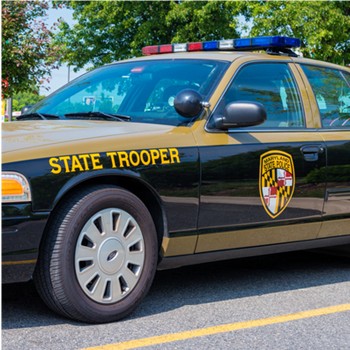 Shortly after 9:50 a.m., troopers from the Maryland State Police College Park Barrack responded to the area of southbound I-95 and the Intercounty Connector for a report of a pedestrian who had been struck on the road. According to a preliminary investigation, the victim, Ceasar Alfred Charles Burke, 23, of Columbia, Maryland and a female were parked on the shoulder of the road and having a discussion outside of their vehicle.

During the course of the conversation, the female, for unknown reasons, entered I-95 and Burke attempted to pull her back from the road. While in the roadway, Burke was stuck by a black or grey Nissan Altima, which fled the scene. While Burke was laying in the road, an unknown tractor-trailer also struck him and did not stop, either. After that, a third vehicle, a Honda CRV, struck Burke, but that driver pulled over to the shoulder and called 911.

Burke was declared deceased at the scene. The Maryland State Police Crash Team is leading the investigation into the incident. Anyone with information on the case is asked to contact the College Park Barrack at 301-345-3101.

The case remains under investigation.