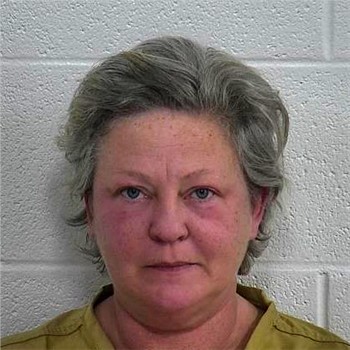 The arrest occurred off Liberty Circle approximately 1 mile west of London after deputies were dispatched to a disturbance dispute there.

Upon arrival at the scene deputies learned that allegedly an intoxicated female subject had struck two male subjects there.

While deputies were on scene, the suspect created a disturbance by yelling and cursing at one of the male subjects there.

Rebecca Lynn Bruner age 44 of London, KY was determined to be intoxicated.

Upon arrest this individual struggled briefly with deputies before being taken into custody.

Rebecca Bruner was charged with: