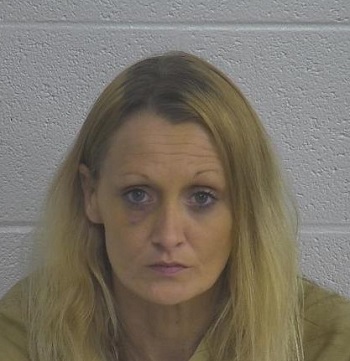 The arrest occurred at a business off West Cumberland Gap Parkway approximately 10 miles South of London after Deputy Poynter was dispatched to a complaint of a subject refusing to leave a business after having been asked to do so by the business management.

When Deputy Poynter arrived at the scene he advised the subject that the business had asked her to leave and that if she did not leave she would be arrested and she refused.

In addition, during the investigation it was learned that the subject was also wanted on an outstanding warrant.

Melissa Auntenrieb was charged with: