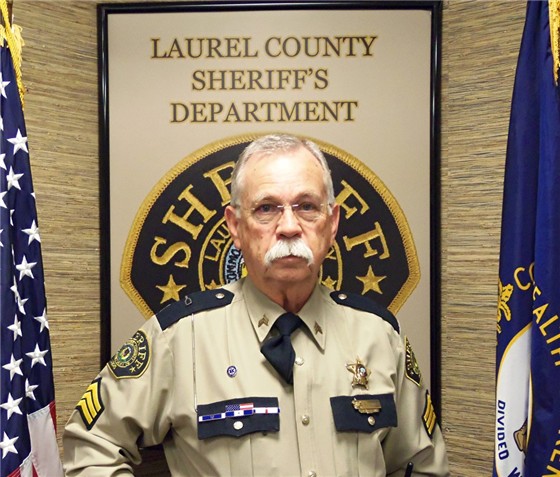 Sgt. Rudder's retirement was effective August 1, 2015, he had 15 plus years of full time service working with former sheriffs Gene Hollen, and Fred Yaden, and many other years in a part time capacity--serving in a variety of capacities since the 70's.

He is also a retired Laurel County Educator.

E.R. Rudder and his wife Judy reside in Laurel County and they have two children, Dawn and Marc, 4 living grandchildren-one deceased, and two great grandchildren.

Sgt. E.R. Rudder will be greatly missed at the Laurel County Sheriff's Office.