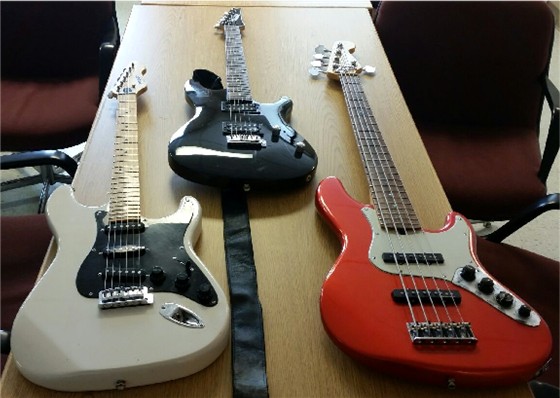 The guitars had been stolen from Full Faith Church of God located on Park Subdivision Road, approximately 4 miles south of London on July 29, 2015, and had been investigated by Sgt. Larry Parrott.

As a result, information has been developed concerning a possible suspect involved in the theft.

Detective Charlie Loomis, who is continuing the investigation, will be making a presentation before the next term of the Laurel County grand jury to seek indictment.

Pictured are the three guitars that have been recovered valued at $2100.