Laurel County, KY - Sheriff John Root is reporting that Capt. Chuck Johnson along with Lieut. Greg Poynter are conducting a criminal investigation for violating a grave. 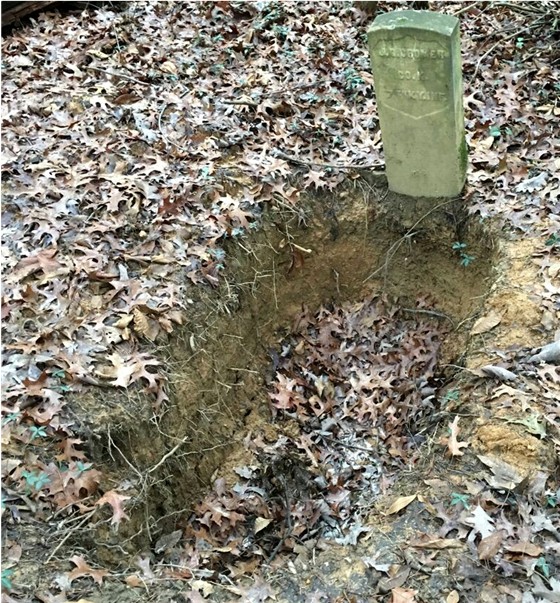 Deputies received information on December 18, 2015 at approximately 9 A.M. that a man hunting in the area had noticed that a grave had been disturbed.

When deputies arrived at the scene they located a grave in an old Civil War cemetery where unknown individuals had apparently attempted to dig and open the grave.

Anyone with any information regarding this crime is asked to contact the Laurel County Sheriff's office at 606-864-6600 or 606-878-7000 and the information will be strictly confidential and the caller can remain anonymous.

Photo of the crime scene provided by Capt. Chuck Johnson.