(Middlesboro, KY.) – On January 7, 1992, Greta Henson, 24, was discovered murdered in her home in Middlesboro, Kentucky.

Greta Henson had injuries consistent with strangulation and gun shots to the back of the head. Ms. Henson was believed to have been shot with her own .38 revolver and there was also a jewelry box missing from her residence.

In September 2013, detectives from Post 10 submitted new evidence to the Kentucky State Police Crime Lab. With the advancement of forensic science, investigators believe they are closer to solving this case. Detectives still need the public’s assistance in bringing closure to the family of the victim.

It has been 24 years to the day of Greta Henson’s murder. Investigators at Post 10 continue to work leads and will not stop until this case is resolved.

KSP has a toll-free number (1-800-222-5555) that citizens can call to confidentially report impaired drivers or criminal activity. They can also download the free KSP mobile phone app. The app provides quick, direct access to KSP including weather, road and traffic information as well as text, voice and photo tip capabilities to report criminal behavior. The app is available for iPhone, iPad and Android applications and can be easily downloaded free of charge through Apple and Google Play stores. 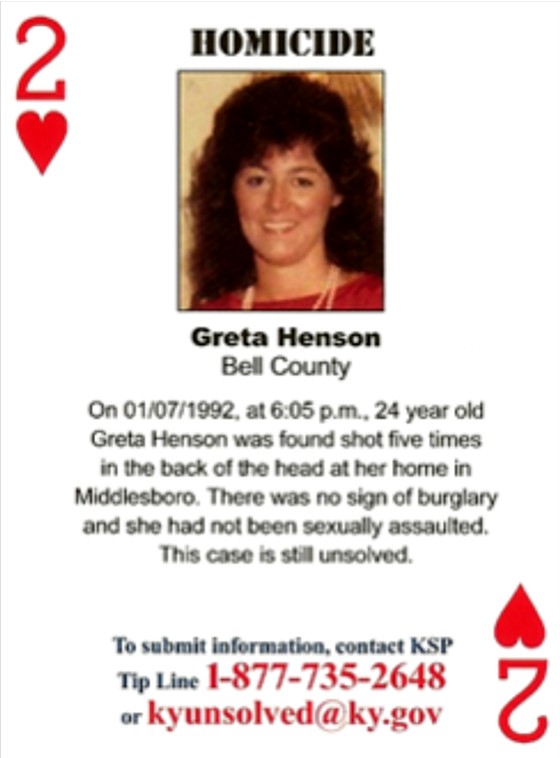