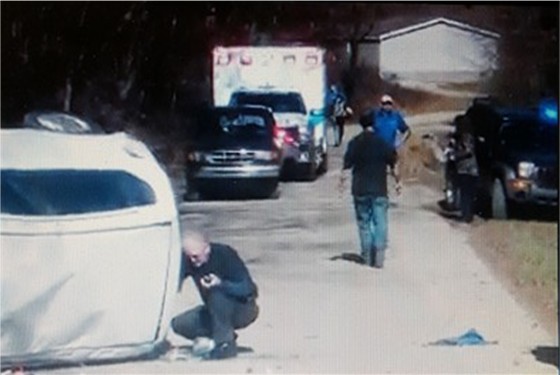 Upon arrival, Trooper Jake Roberts determined that a 2007 Chevrolet Aveo operated by Sherman D. Hubbard, 28, of Manchester, was traveling north bound when he lost control of his vehicle, left the roadway, struck a telephone pole and overturned.

Tracy R. Hubbard, 26, of Manchester the passenger in the vehicle was pronounced dead at the scene by the Clay County Coroner’s Office.

Sherman Hubbard was transported to the Manchester Memorial Hospital where he was treated for his injuries and later released. Neither occupant was wearing seatbelts.

Drug and Alcohol tests are pending.

Trooper Roberts is continuing the investigation and was assisted at the scene by Troopers from Post 11, Clay County Sheriff’s Office, Manchester Fire Department and Clay County EMS.