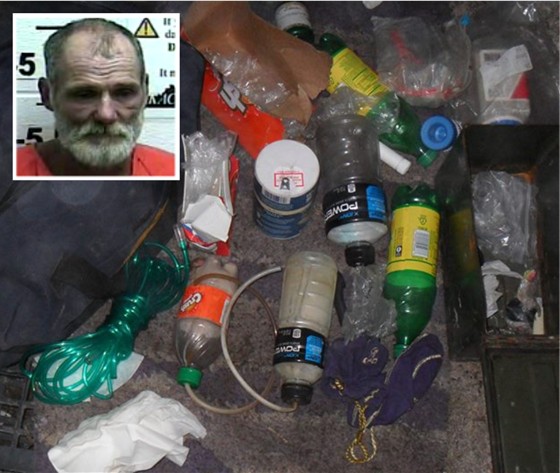 Whitley County, KY - The Whitley County Sheriff's Department is reporting that at around 2:00 A.M. on Saturday, March 5, 2016, Deputy Jonas Saunders was in the Canada Town community when he received a tip referencing the possible manufacture of methamphetamine.

Acting upon the information, Dep. Saunders went to a Clifford Canada Road residence, and at a camper trailer he made contact with 47-year-old Ronald Canada.

Under a bed, a black bag was located containing what was considered an active meth lab. Member's of Kentucky State Police's Drug Enforcement and Special Investigations (DESI) unit responded to secure and properly dispose of the lab.

Mr. Canada was also arrested for three warrants out of Whitley County.

He was lodged in the Whitley County Detention Center.