Theft suspect flees LSO deputy at speeds in excess of 80 MPH down Fifth St. in London 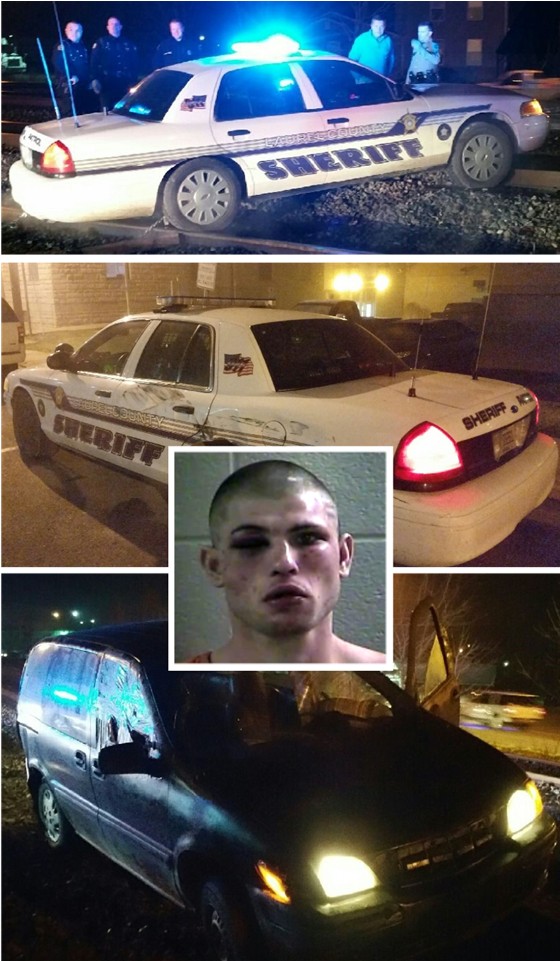 The arrest occurred after deputies observed a black colored Chevrolet van that had fled from Walmart's loss prevention team following a shoplifting theft at London Walmart.

Sgt. Parrott who was in the vicinity observed the vehicle turn onto KY 192 traveling westbound from Walmart's parking lot. Sgt. Parrott activated his emergency equipment attempting a traffic stop, however the vehicle failed to stop turning onto Fifth Street traveling eastbound into the City of London.

The vehicle traveled at speeds of over 80 mph traveling down Fifth Street where Sgt. Robbie Grimes attempted to block the vehicle to stop it, however the vehicle violently rammed Sgt. Grimes's cruiser striking his cruiser and a Domino's pizza delivery vehicle.

The van continued through stop signs and red lights without due regard for the safety of other drivers. Sgt. Grimes was able to forcibly stop the van at the railroad tracks behind Mrs. Smith's bakery where a short foot pursuit occurred and after a brief struggle with the suspect, he was taken into custody.

Bradley Davidson was lodged in the Laurel County Detention Center.