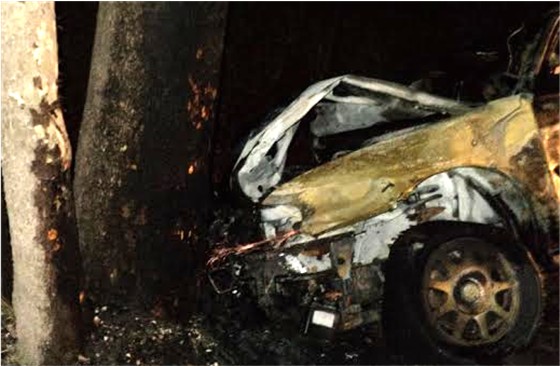 The Whitley County Sheriff's Department regrets to confirm the death of Sharon Mills, 55, of Ingram, Kentucky, which is located outside of Pineville.

Mills was the driver of a sedan that collided head-on with a tree on March 18, 2016. The wreck occurred along Hwy. 904 in the Siler community.

A member of the Patterson Creek Fire Department was first to arrive at the scene and reported that a wrecked vehicle was on fire. The fire was extinguished, and Mills was pronounced dead at the scene by Whitley County Coroner Andy Croley.

Mills was the only occupant of the vehicle.

The investigation suggests Mills was not wearing a seat belt at the time and alcoholic beverage containers were located in the vehicle.

Please join the sheriff’s department in prayer or thought for the family of Ms. Mills.