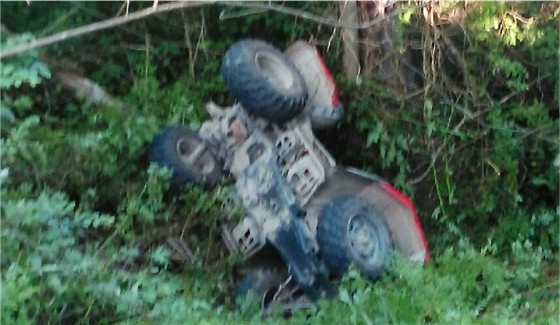 Investigators report that apparently a red colored Honda Rancher four wheeler was traveling southbound down a hill on South Old Whitley Rd. when it traveled into a left-hand curve and failed to make the curve traveling over a 15 foot embankment, struck a tree and overturned into a creek.

Both the driver and passenger were ejected from the vehicle.

The 4 wheeler was driven by a 17 year old male from Lily.

The driver is being examined for possible injuries.

Assisting at the scene of the crash was: Ambulance Inc. of Laurel County, Lily Volunteer Fire Department, and London- Laurel Rescue Squad.

Names of driver and passenger will not be released due to their age.