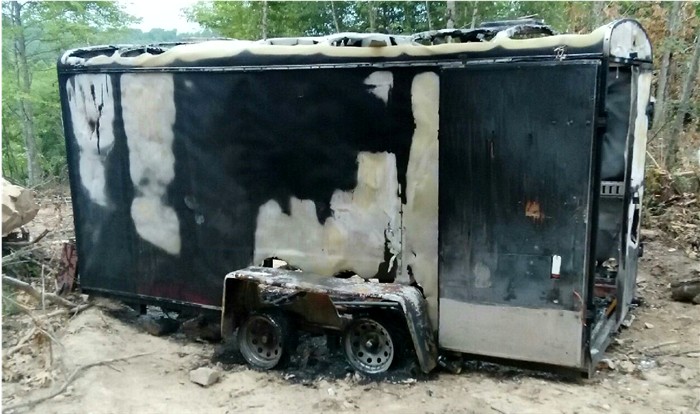 The stolen trailer was found off Sam Carroll Road off Radford Road, approximately 12 miles north of London on Thursday evening June 23, 2016. The trailer had been set on fire and burned and the contents which included numerous carpenter tools were apparently taken from the trailer before being set afire.

The landowner there discovered the burnt trailer on his property and notified the Laurel County Sheriff's office.

Anyone with any information concerning this reported stolen trailer is asked to contact the Laurel County Sheriff's office at 606-864-6600 or 606-878-7000. The information received will be strictly confidential.