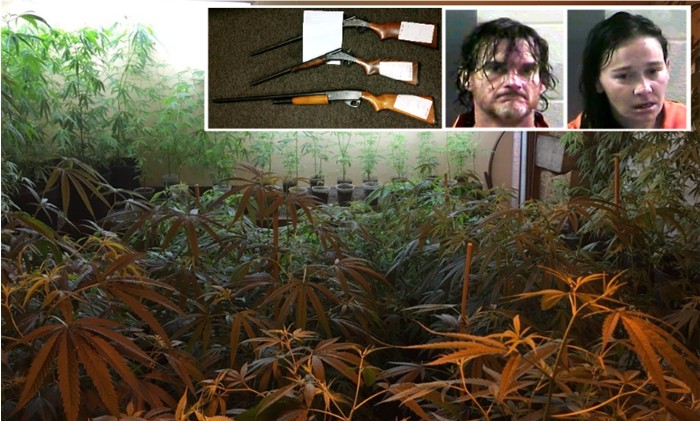 When deputies arrived at the scene and conducted an investigation, they learned that allegedly a female subject and her ex-husband had been fighting. Also, deputies found a 15-year-old and a nine-year-old juvenile present at the scene.

In addition, deputies located an elaborate indoor marijuana grow operation in an out building where they found 107 marijuana plants – some as tall as 5 foot.

The two individuals were lodged in the Laurel County detention Center. Social Services was notified and the children were released to a relative.

As the investigation continued, a search warrant was executed at the property where deputies had located the indoor marijuana grow and detectives and deputies located three reported stolen shotguns.

Photos of accused attached are courtesy of the Laurel County Detention Center.

Photos of marijuana seized and weapons recovered are attached.