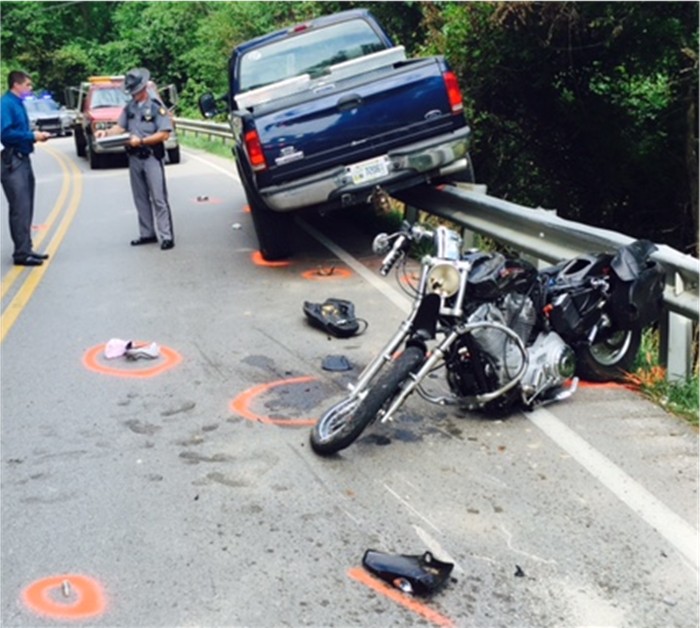 Girdler, Ky. – On July 22, 2016 at 2:37 p.m. Kentucky State Police, Post 10 Harlan received a call about a collision involving a motorcycle and a pick-up truck on Ky 11 in the Girdler community of Knox County. Tpr. Wayne Hensley, Tfc. Jason Young and KSP Det. Bryan Johnson responded to the scene.

Preliminary investigation indicates that a black 2008 Harley Davidson operated by Patricia Burke, 56, of London was traveling south on Ky 11. Mrs. Burke was attempting to negotiate a curve when she lost control and crossed the center line and struck a 2007 Ford F-250 pick-up truck head on. The pick-up truck was operated by Harlan Taylor, 55, of Girdler.

KSP has a toll-free number (1-800-222-5555) that citizens can call to confidentially report impaired drivers or criminal activity. They can also download the free KSP mobile phone app. The app provides quick, direct access to KSP including weather, road and traffic information as well as text, voice and photo tip capabilities to report criminal behavior. The app is available for iPhone, iPad and Android applications and can be easily downloaded free of charge through Apple and Google Play stores.