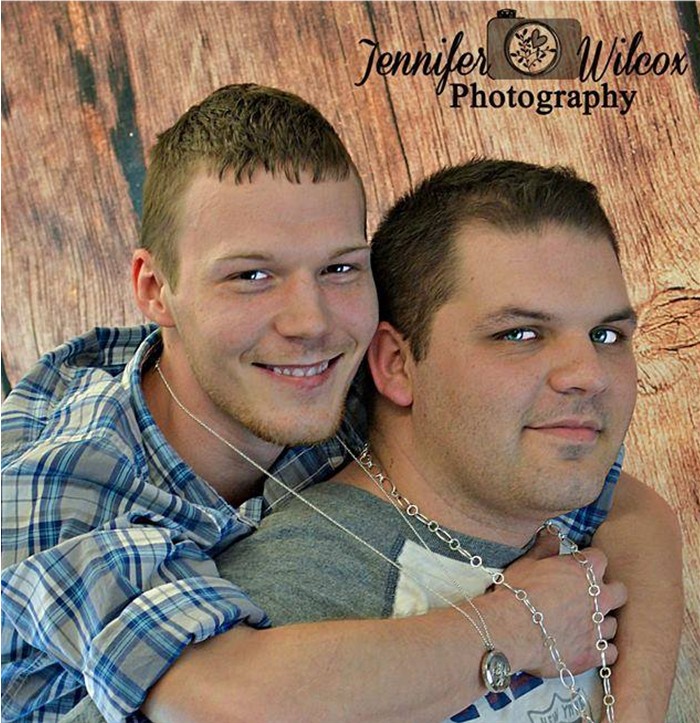 Manchester, KY - The Kentucky Equality Federation is an umbrella organization for gay, lesbian, bisexual, and transgender civil rights in the Commonwealth of Kentucky.

In the following press release issued on Monday, August 1, 2016, the organization has apparently decided to intervene in what they believe to be an unlawful eviction of a married Clay County, KY gay couple.

Discrimination, Assault, and Illegal Actions by Police and a City Council Member in Manchester, Kentucky

(Manchester, Kentucky) - Tomorrow, Kentucky Equality Federation will once again call on the Office of United States Attorney, Kerry Harvey, to review a case in Manchester, Kentucky for prosecution. Having exhausted our options to have this handled locally, and by the Commonwealth, the only recourse is to pursue resolution at the federal level.

Joshua Melton and James Raymond Feltner, a married couple, were recently unlawfully evicted, assaulted, and sued in Manchester, KY. During the illegal eviction, the landlord stated she "would not rent to faggots." A representative in the Office of the County Attorney accused them of lying before even taking their assault complaint. After Kentucky Equality Federation investigated, it was discovered with the county attorney, there is a conflict of interest, as he is also the private attorney of the landlord, Esther Thompson, who is a city council member. (request documentation)

The lease signed by the victims was a made-up epithet corporation, unauthorized to operate in the Commonwealth. With two (2) corporations under the name of City Council Member Esther Thompson, the one on the lease does not exist. The one on file in Frankfort was dissolved by the Kentucky Department of State – Corporations Division.

During the alleged illegal eviction [with the assistance of the Manchester Police Department], an emergency room visit was necessary for Joshua L. Melton due to a head injury sustained after being struck by City Council Member Esther Thompson, who also stated to witnesses that “she owned the police.”

The Kentucky Department of Law, headed by the Attorney General, declined to get involved in the case “if local officials declined.”

“As the chief law enforcement officer of the Commonwealth, this is absolutely worthy of the Kentucky Office of Attorney General for investigation,” stated Southern Kentucky Regional Director William Taylor.

“History has unfortunately shown us that we cannot rely on the Kentucky Office of Attorney General, especially when it comes to ethical conduct and public subversion,” stated Russell Allen Hord, Special Adviser to the Secretary-General.

Federation Alliance Secretary-General Jordan Palmer is assisting the couple, and requests all media requests be addressed to his office. Palmer drove the first gay hate crime convictions in U.S. history and his legal theory was successful in having Kentucky’s 2004 Constitutional Amendment banning same-sex marriage in the Commonwealth struck down by a Franklin County Judge.

“For the citizens of Clay County, public corruption is nothing new, though it is unfair that they must endure this apparent never ending cycle,” stated Secretary-General Jordan Palmer. “We will demand the termination or severe remedial action of the accused Manchester Police Officers involved, who knowingly violated Kentucky law, the resignation or removal of the accused City Council Member from office, and an investigation into the ethical practices of the Clay County Attorney.

Another complaint (see witness statements) will likewise be filed with the Kentucky Bar Association and the American Bar Association regarding the natural processes and moral philosophical system of the Office of the Clay County Attorney.”

Palmer continued: "No peace/police officer in the Commonwealth may evict or assist in the eviction of any party without a court order, regardless of who 'owns them' and the couple being married and gay does not grant a landlord special rights."