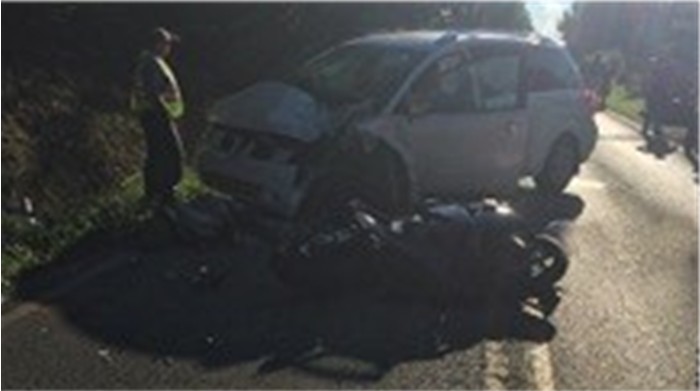 The investigating deputies report that apparently a Honda motorcycle traveling westbound on KY 192 crossed the centerline and collided with a Nissan van that had pulled out from a driveway to travel eastbound on KY 192. Another motorcycle was ahead of the motorcycle involved in the crash, but was not involved.

The driver of the motorcycle was identified as:

The driver of the Nissan van is identified as:

A passenger and the only other occupant in the vehicle was identified as: