As a result of an ongoing investigation and safety concerns for the public the ATF, KSP Hazardous Devices Unit, and KSP Post 10 transported Sawaf back to Harlan County to aid in locating remaining improvised explosive devices. It was determined more of these devices had been deployed in wooded areas near the city of Harlan by Sawaf.

As a result of the altercation Captain Dobrzynski from the Lexington Fire Department utilized deadly force by firing his weapon. Sawaf was pronounced deceased at the scene.

At this time the Kentucky State Police is continuing the investigation.

On August 12, 2016 Kentucky State Police, Post 10 Harlan is releasing the deceased individual involved in the officer involved shooting. Mark Sawaf, 39, of Harlan was pronounced deceased from a gunshot wound.

Personnel from KSP Hazardous Devices, KSP Post 10, ATF, Lexington Police Department Hazardous Devices Unit, and Lexington Fire Department Arson Investigation Unit were in Harlan, KY on August 12, 2016 doing a follow up investigation involving explosives found in Harlan, KY earlier this year .Due to safety concerns for the public, members from these agencies were lead to locate several other explosive devices. More information will be released as the investigation continues. 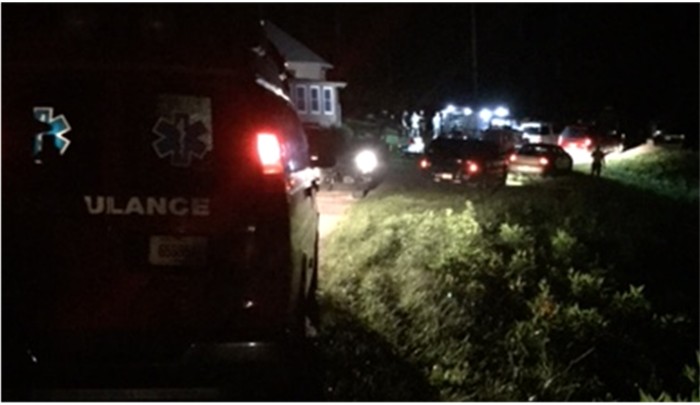 Preliminary investigation indicates personnel from Alcohol Tobacco Firearms (ATF), Lexington Police Department, and Lexington Fire Department Arson Unit were involved in an altercation with an individual from Harlan County. As a result of the altercation, deadly force was utilized and a male individual was pronounced deceased at the scene by Jim Rich with the Harlan County Coroner’s Office.

At this time, the identity of the male individual is being withheld pending notification to the family. The body has been sent to the State Medical Examiner’s Office in Frankfort for an autopsy. KSP Post 10 Investigative Sergeant Jason Joseph is heading the ongoing investigation. Sgt. Joseph was assisted at the scene by KSP Capt. PJ Burnett, KSP Lt. Randy Surber, KSP Sgt. Danny Caudill, KSP Detectives Jake Wilson, Josh Cox, Kevin Miller, Bryan Johnson and Aaron Frederick. Members of the Harlan County Rescue Squad and Harlan EMS also assisted at the scene.