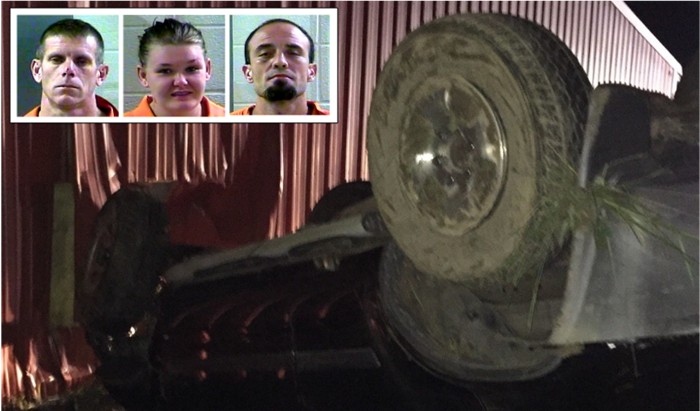 When deputies arrived at the scene and conducted an investigation they determined that apparently a black colored Nissan Xterra was traveling northbound on US 25 when it veered off the right side of the roadway, struck a sign, crossed back over both lanes of traffic, traveling into a yard where it flipped over and struck the building where Brians furniture is located.

All three individuals were lodged in the Laurel County Detention Center.

Assisting deputies at the scene was: Ambulance Inc. of Laurel County, and Lily Volunteer Fire Department.

Inset photos are courtesy of the Laurel County Detention Center.