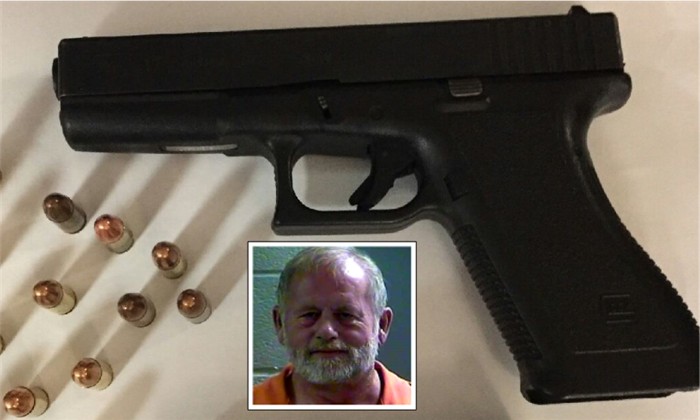 The arrest occurred off Goodin Lane, approximately 11 miles south of London while law enforcement officers were conducting a search in that area for a suspect that had fled from a Laurel County deputy earlier in the week.

Allegedly, this subject came out onto his porch and fired two shots at the officers who were approximately 150 feet away on the public roadway there. Officers took this subject into custody without incident and recovered a Glock 9mm pistol from him.

This subject had slurred speech and appeared to be under the influence stating he had taken hydrocodone earlier in the evening.

Inset photo is courtesy of the Laurel County Detention Center.