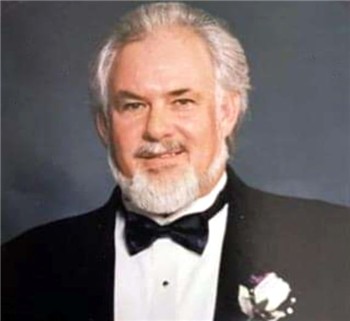 Paul Bray "Big Bopper", 75, of London, Kentucky, with his family by his side, passed away peacefully on Monday, August 22, 2022. He was born on March 9, 1947 in Hyden, KY the son of Johnny Bray and Bonnie Bowling Bray, and raised by his loving grandmother, Ethel Young. He was united in marriage on November 16, 1984 to Deborah Miller Bray.

In 1980 Paul started DP Trucking and enjoyed working up until the Lord called him home. He was an avid boat and car racer, he enjoyed restoring classic cars, and he was a member of the Baptist Cruisers. He loved his family and friends, and most of all he loved GOD. He was saved in 2005 at East Laurel Pentecostal Church and enjoyed sharing his walk with GOD with others.

Along with his parents, John & Bonnie Bray, he was preceded in death by his son, Paul Kevin Napier and two sisters, Judy Bray Epling and Linda Davidson Huff.

A Funeral service for Paul Bray will be held on Saturday, August 27, 2022 beginning at 3:00 P.M. in the chapel of House-Rawlings Funeral Home with Terry Reed and David Pope officiating. Burial will follow at the A.R. Dyche Memorial Park in London, KY. The family will receive friends on Saturday, August 27, 2022 beginning at 12:00 P.M. until the funeral hour also at the funeral home.

The family has entrusted House-Rawlings Funeral Home with the arrangements.