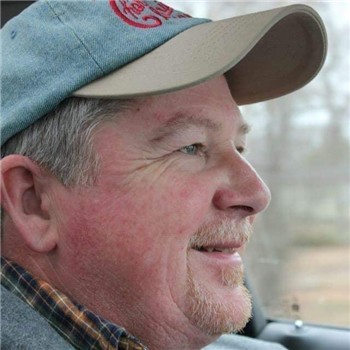 Op-Ed by Blaine K Price This email address is being protected from spambots. You need JavaScript enabled to view it.

A great deal has been said about the immorality and disrespect of moving the remains of people who left this world with the peace of mind knowing where their earthly remains would rest, and yes, REST IN PEACE. But what does that mean if we can’t depend on it to be respected into perpetuity?

Every human culture regards the sanctity of the final disposition of the earthly vessel. Many have customs that may seem foreign to us, but they are their sacred customs just the same.

Since the very beginnings of this nation great reverence and care has been shown to the burial and resting place of our military veterans. Members of the military have it instilled very early in their training that we “leave no man (or woman) behind”, and great effort and expense has been spent on retrieval and proper burial of those lost in battle. Furthermore, proper burial and marking of veterans’ graves is so important that the government provides plots in National or State veterans cemeteries at no cost to the family. They will even provide a marker, free of charge, to any honorably discharged veteran of any military branch since the Revolutionary War, regardless of where the veteran is buried.

In a report to Congress released by the United States Government Accountability Office (GAO) in 2019, the Veterans Administration’s National Cemetery Administration (NCA), as of September 2019, NCA maintains approximately 3.8 million gravesites at 137 national cemeteries and 33 soldiers’ lots and monument sites, located across 40 states and Puerto Rico.

You may ask what does any of this have to do with the brave veterans buried in the small Hoskins Family cemetery in the Island Creek community of Clay County, Kentucky? The answer is clear; if is important enough for the Veterans Administration to spend a large portion of their $269 Billion annual budget for the proper care and marking of the graves of our brave heroes, it should be important to all of us, up to and including our local elected and appointed officials.

When we elect people into positions of power, we expect them to do what it right, what is lawful, and what reflects the will of the people they represent.

According to the Kentucky School Board Association (KSBA) Leadership Guide (May 2021 Edition, page 7) under the Legal Status of Local Boards of Education,

“Local boards of education are governmental bodies, created by statute, that must comply with federal and state constitutions, statutes and regulations, and must not act contrary to those requirements. As long as a local board is acting within the authority granted to it, it has the discretion to make choices and decisions that meet local needs and are in the best interest of the district.”

Unfortunately, what often happens and what I believe has happened in Clay County, is the elected and appointed officials have placed their own desires above the desires of the constituents they represent. The power they have, and that was entrusted to them by the people they serve, has been abused and used for less than above-board purposes.

Make no mistake about it; county boards of education and fiscal courts wield a great deal of power. What they do with that power can have dire and irreversible consequences for the people and communities they serve.

Some family members of those buried in the Hoskins Cemetery that oppose the move have reportedly been threatened with prosecution, loss of employment and physical harm. This has caused many who were vocal opponents to inexplicably withdraw their opposition and become suddenly silent on the matter or do a 180 on their positions. This kind of strong-arm tactics has no place in our communities and our commonwealth.

It remains to be seen whether there is anything that can be done about the removal and relocation of the graves in the Hoskins cemetery, but what can be done in the future is a purging of both the fiscal court and the school board. The citizens of Clay County can make their collective voices heard come election time.

In honor of the veterans buried at the Hoskins Cemetery, let their names be known to all and never forgotten:

Blaine grew up and resides in Paris, in Bourbon County, and has family ties to Eastern Kentucky. He has had a lifelong interest in Kentucky & American history, with an emphasis on Appalachian and Native American culture. He spends most of his free time these days on genealogy and cemetery preservation, and enjoying antique and classic automobiles.