FRANKFORT KY (June 7, 2019)—State law sets an end-of-year deadline for Kentucky property owners to pay their tax bills without penalty. But local governments say they must meet several deadlines before the first tax bill is ever mailed. 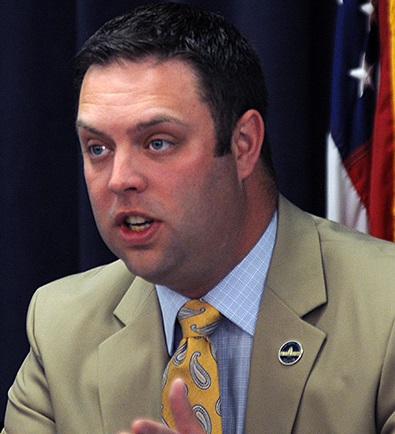 Changes to any of those deadlines, found on what is called the Kentucky “property tax calendar,” can disrupt the tax assessment and collection process, officials told the Interim Joint Committee on Local Government yesterday. One of those officials was Kentucky Association of Counties (KACo) President and Caldwell County Magistrate Elbert Bennett, who told lawmakers that many local government duties related to property taxation overlap to meet the calendar’s statutory deadlines.

“Any single change in the property tax calendar has a ripple effect,” he said.

Agreeing with that assessment was Mack Bushart, a former Marshall County property valuation administrator (PVA) and current executive director of the Kentucky PVA Association. PVAs are responsible for assessing real estate and personal property in the county and preparing the property tax rolls, with an annual assessment date of Jan. 1. The current tax calendar, he said, can make that work more challenging.

It has “more moving pieces than a Swiss watch. And if they don’t really gee and haw just right, again, it’s got real consequences at the end of the year,” Bushart added.

Forty five days may seem like enough time for a fiscal court to set the tax rate, LaRue County Judge/Executive Tommy Turner told the committee, but “sometimes it’s pushing it,” he said. Something as simple as a short delay in getting property tax rates advertised in the local newspaper can cause problems, said Turner. If a county wants more property tax revenue than it received in the previous year up to a certain amount, the proposal must be advertised in the paper or by mail.

Further complications can arise if a county wants to raise revenues more than four percent over revenues from the previous year, said Turner, because that higher rate is—by law—subject to a possible recall election.

“That’s when it becomes really, really cumbersome and can cause issues,” Turner said, telling lawmakers the appeals period for a recall election could add another 45 or so days to the schedule. Some argue that’s good reason for counties to not raise revenue above four percent, Turner said. He challenged that thinking.

“You could have people say, ‘Well, you’re going to have to live within your means. You can’t consider something higher than a four percent.’ Well, that’s fine as long as I can send Anthem Blue Cross and Blue Shield a letter and say ‘look, you can’t raise your rates more than this amount,’” because the county’s bills still have to be paid, Turner said.

Legislation that affects the calendar for a few local government and quasi-government entities was passed last session under House Bill 49, sponsored by Rep. Stan Lee, R-Lexington. Signed into law earlier this year, HB 49 extends the deadline to petition for a recall election on property taxes levied in Lexington and Louisville to 50 days after a levy is passed.

The deadline to petition for a recall under the new law will remain 45 days in other Kentucky cities, counties and local taxing districts.

Department of Revenue Division of Local Support Assistant Director Melissa Klink, who also appeared before the panel, was asked by Interim Joint Committee on Local Government Co-Chair Rep. Michael Meredith, R-Oakland, if her Department could expedite state certification of county data without changing the actual calendar.

Klink said that would be “very difficult.”

“The Jan. 1 (assessment) date is by statute, so to change that would require obviously a legislation change,” she said.

Also affected by the property tax issue are Kentucky’s public school districts which rely on property tax as a primary source of state funding under the SEEK (Support Education Excellence in Kentucky) formula. Kentucky School Boards Association Director of Governmental Relations Eric Kennedy said full assessed value across the state is needed “for the overall funding to be fair.”
Property tax, Kennedy added, is the only tax required under Kentucky’s constitution.

Meredith told all local government officials and their representatives in attendance that he encourages them to come together on the issue and find a solution that lawmakers could entertain in legislative session.

“I think the problem has been well presented,” he said. “I think the details of how that all works together have been well presented and I appreciate that,” said Meredith. “But I would encourage and empower you all to try to help us come up with a solution that we can bring forward to address the issue in the coming year.”