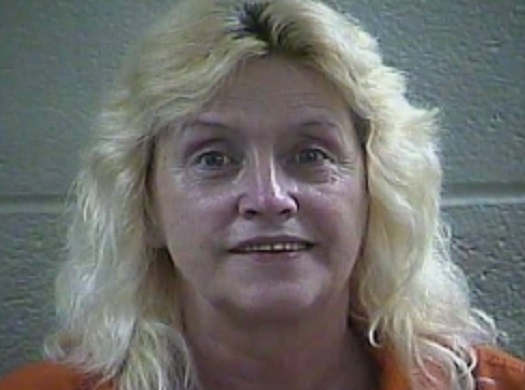 The arrest occurred at the Laurel County Sheriff’s office in London after this subject came to the Sheriff’s office to turn herself in regarding an investigation conducted on June 6, 2019 at 7:30 PM at Pitstop parking lot 1 mile west of London where allegedly two tires were slashed on a vehicle there.

A criminal mischief case was reported at that time and investigated by Deputy Rick Cloyd.

As a result, this subject stated that she was the suspect that the Sheriff’s department has been looking for and she turned herself in.

Brenda L. Burns was charged with:

Photo of accused attached is courtesy of the Laurel County detention center.

Sheriff Root would like to thank area citizens for their tips sent to the Sheriff’s Office Facebook page and phoned into the office that assisted in identifying the suspect in this case.