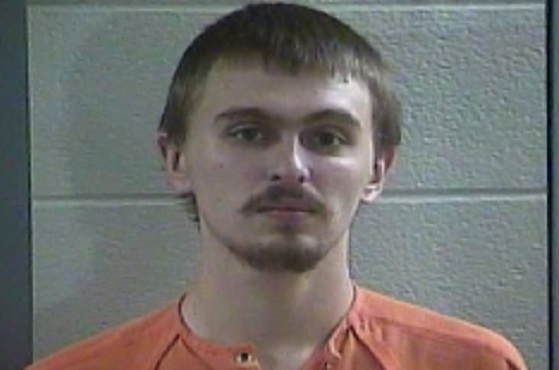 The arrest occurred off KY 1223 approximately 11 miles South of London after Austin Andrew Trayner was charged with:

The arrest was the result of an investigation conducted by the Laurel County Sheriff's office where it was determined through investigation that this subject had allegedly entered a business in southern Laurel County without permission to do so and took handguns & a Black and Decker drill from the business (accidentally shooting himself in the left hand during the burglary), and took them to his residence.

Two firearms have been recovered.

Traynor was treated at Corbin and UK for a gunshot wound.