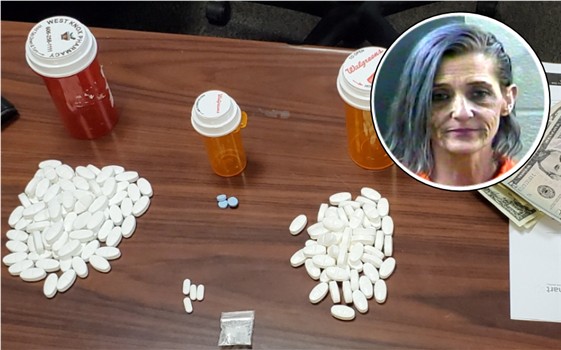 The arrest occurred at Walmart near Corbin in southern Laurel County after Walmart's loss prevention team detained this subject.

When Deputy Etherton arrived at the scene and conducted an investigation he learned that this individual and attempted to leave the store without paying for numerous items. Total value of the theft was $98.88.

This individual stated that she had received Gabapentin which totaled 148 tablets from a person for a payment.

Susan Renée Smith was charged with: