Man arrested on 12 charges during a Traffic Stop in London 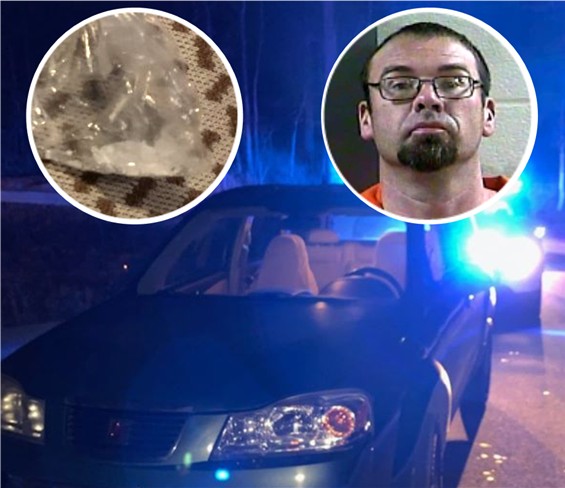 The arrest occurred off North Mill St. in London while deputies were investigating a complaint and observed a blue colored Saturn VU driving at a high rate of speed and run a stop sign.

A traffic stop was conducted where this subject was determined to be under the influence – This individual stated he had taken meth and marijuana earlier.

In addition, this subject was found in possession of suspected Methamphetamine.

Joshua Wayne Minton was charged with:

This individual was lodged in the Laurel County Correctional center.