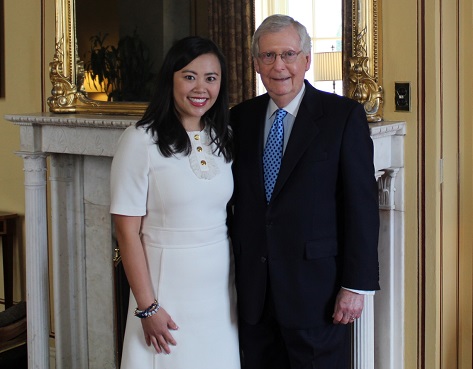 Majority Leader McConnell welcomed Jennifer Yue Barber to his office in the U.S. Capitol in June.

"President Trump has made another strong choice to represent the United States by selecting Jennifer Yue Barber, of Louisville, Kentucky, for the Economic and Social Council at the United Nations. Jennifer's record of encouraging economic opportunity in Kentucky will serve her well as she works to help advance cooperation, development and prosperity throughout the international community. I'm grateful Jennifer has chosen to serve our country, and I'm especially glad to know she'll join our fellow Kentuckian, U.S. Ambassador to the U.N. Kelly Craft, in advancing our strategic interests and values on the world stage."