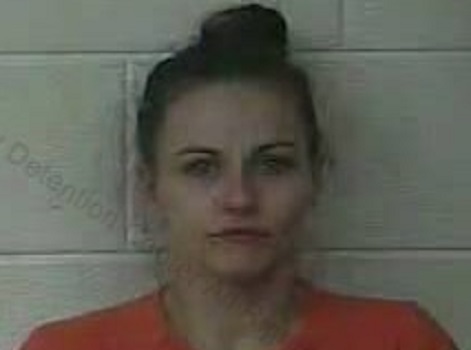 CANNON, KY (December 18, 2019) - The Knox County Sheriff's Department is reporting that: On Tuesday, December 17, 2019 shortly after midnight, Deputy Mikey Ashurst responded to a 911 call reporting a four (4) year old child walking by himself on Highway 11 in Cannon.

When Deputy Ashurst arrived the child was in the company of a social worker and a volunteer fireman who live close to where the child was observed walking. The child had been walking near a railroad track and high water.

Deputy Ashurst located the residence the child had left from on Morris Lane in Cannon. When he checked the house, he found it to be occupied by a nine (9) year old child and an elderly man, who was being cared for by the children’s mother, both asleep.

A loaded shotgun was also observed in a bedroom floor. Deputy Ashurst obtained a telephone number of the mother and contacted her. She stated she left the residence to give a friend a ride.

When 29 year old Jennifer Tritt of Barbourville, KY returned to the residence at approximately 1:40 am. She was arrested and charged with:

She was lodged in the Knox County Detention Center.

The children were released to another family member.