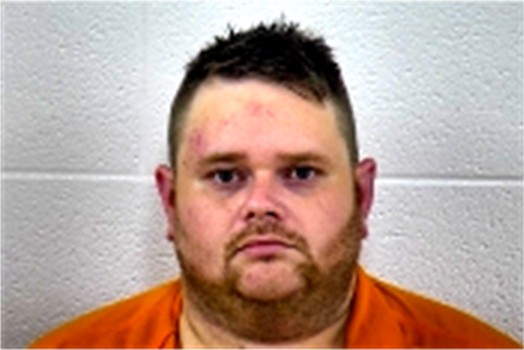 The arrest occurred off Adams Road approximately 10 miles South of London after Deputy Robinson attempted to conduct a traffic stop on a tan colored Ford Fusion that he observed weaving on the roadway on US 25. The vehicle then passed a car on double yellow no passing zone lines.

Deputy Robinson activated his emergency equipment however the vehicle refused to stop, turning its head lights off and turning onto American Greeting Card Road where he traveled into the opposing lane nearly striking a Constable’s cruiser head on.

The vehicle traveled onto West Cumberland Gap Pkwy. running red lights and driving in the opposing lane of traffic nearly hitting other vehicles. The vehicle then traveled onto Adams Road turning around in a field and traveling back down Adams Road.

The suspect vehicle hit the spike strips and came to a stop. Deputies along with Corbin City Police, Kentucky State Police and a Constable attempted to remove the driver from the vehicle and following a brief struggle with the suspect, he was taken into custody.

The arrested individual was determined to be under the influence and had numerous outstanding warrants.

Matthew Bryce Kolvek was charged with:

Additionally, this individual was charged on a Clay District Court bench warrant of arrest charging: