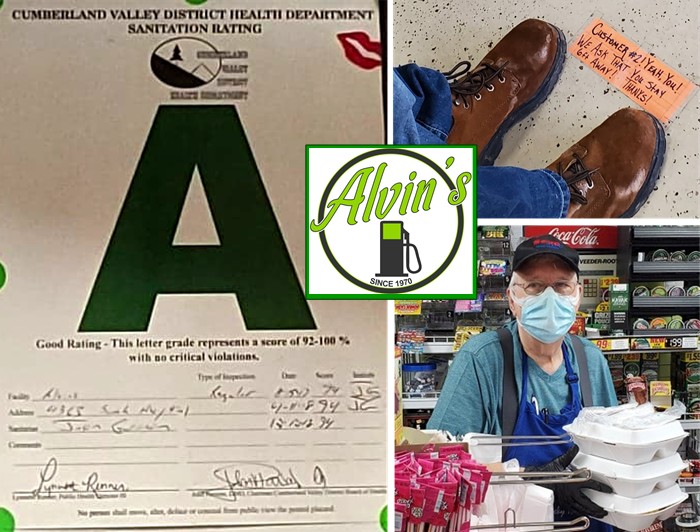 MANCHESTER, KY - (May 20, 2020) -  It appears the story regarding Alvin's sign which has now gained national attention began when an individual snapped a picture of the sign which read "No Face Masks Allowed in Store, Lower Your Mask or Go Somewhere Else! Stop Listening to Beshear, He's a Dumbass" and on Monday, May 18, 2020 publicly posted it to a social media account along with this message "Alvin’s in Manchester, KY. Let’s spread their shame. Frankfort will be notified about this and a few other things."

Published reports indicate that this highly popular food & gas stop in Clay County is now under the scrutiny of local health officials.

On Tuesday, May 19, 2020 WYMT News reported: "The Cumberland Valley District Health Department says they have reached out to Alvin's Convenience Store in Manchester." The WYMT report went on to say that "the health department says the investigation into this incident is ongoing and that they are not allowed to comment on active investigations." The entire WYMT News report can be read HERE

Alvin's made the following statement Tuesday on their Facebook page:

"We would like to clarify the statement behind our sign, we posted on the front door of our store.

First of all, we would never deny any customer access inside our store, that is wearing a mask or not wearing a mask. We are not telling you to not wear a mask, what we are saying is, its your choice to wear one or not, not our governments choice for us. While some got the meaning behind it, a lot did not.

We didn't mean to offend anyone, but we will not apologize for our beliefs in our freedom to make our own decisions, that our government wants to make for us. We strive to keep our customers safe, and our employees."

ClayCoNews learned that Alvin's "No Masks" policy has been in place much longer than COVID-19 has been around so we stopped by the business earlier today. This is what we found: 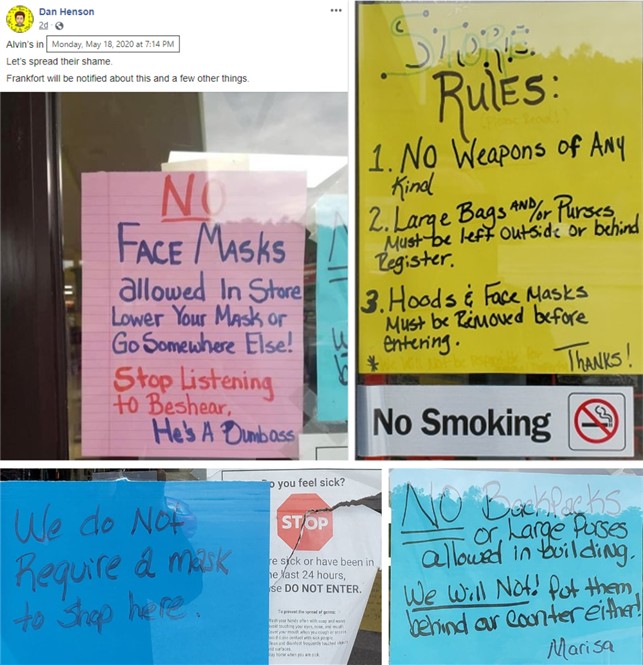 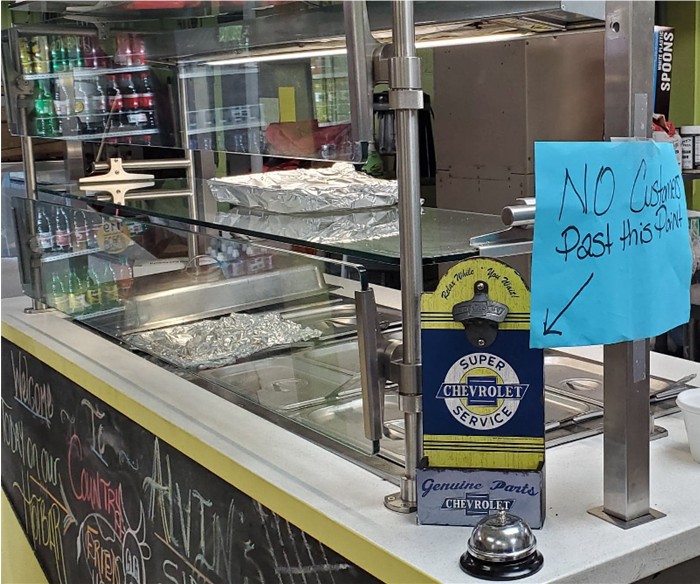 We were allowed to freely take pictures. Anyone wishing to make comments can do so HERE.