Suspect sought by LSO found with another wanted individual on Philpot Road in Laurel Co., Ky. 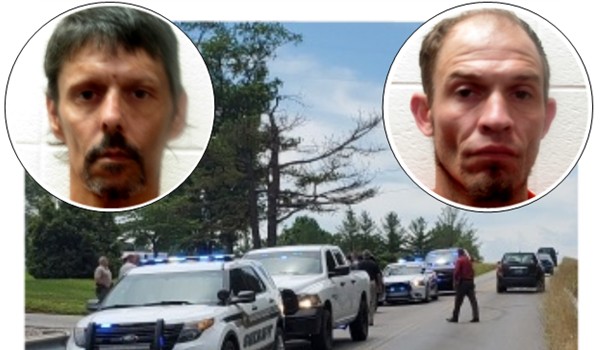 The arrests occurred on Philpot Road, approximately 3 miles South of London while deputies were attempting to locate a suspect on a criminal indictment warrant and information developed on his whereabouts.

As deputies and detectives proceeded to that location to a residence, Sheriff's investigators learned the male suspect had apparently gotten into a white Mercury car as a passenger.

Deputies and detectives located the vehicle traveling along Philpot Road and conducted a traffic stop determining that the driver of the vehicle was under the influence and that the passenger was the suspect deputies were attempting to locate.

In addition, the driver was also wanted on two outstanding bench warrants of arrest charging:

These individuals were lodged in the Laurel County Correctional Center.

Photos of accused attached are courtesy of the Laurel County Correctional
Center.