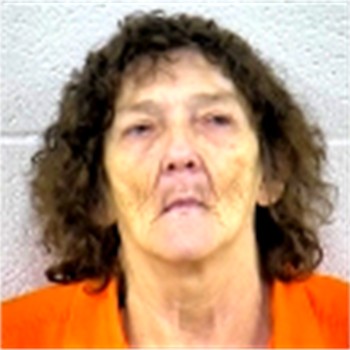 Complaint of female armed with a gun shooting at a male / Laurel County, Ky.

The arrest occurred off Dees Road, approximately 4 miles South of London after deputies were dispatched to a complaint of a female subject armed with a gun shooting at a male subject there.

Upon arrival at the scene deputies conducted an investigation and learned that allegedly a domestic dispute had occurred there when Patricia Marcum fired a .22 caliber revolver into the ground in close proximity to a male subject there, outside the residence and in a subdivision where neighbors were in the vicinity.

The suspect then entered the residence firing another round into the ceiling creating a dangerous and threatening situation there.

Patty Johnson Marcum was charged with: