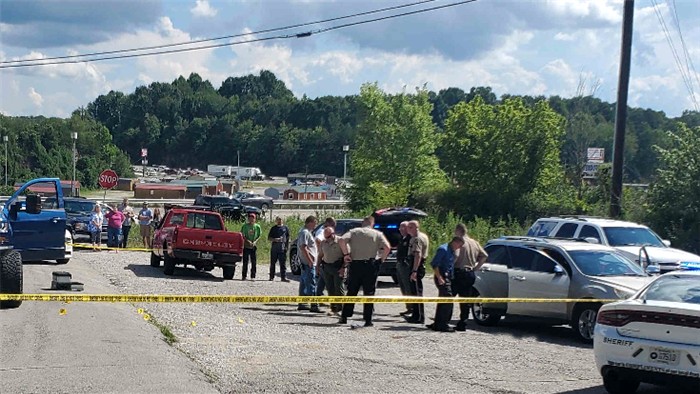 LONDON, KY - Laurel County Sheriff John Root is reporting an update on the continuing investigation into an apparent road rage incident which occurred along US 25E near the traffic lights at US 25E and US 25 in southern Laurel County at approximately 3:32 PM on Wednesday afternoon July 29, 2020. 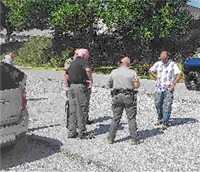 Investigators report that apparently words were exchanged between two drivers following an alleged incident along US 25 E near the junction of U.S. 25 in southern Laurel County. Then the vehicles pulled off US 25 onto Hanes Baker Road nearby.

Allegedly the driver of the SUV exited his vehicle and a confrontation between the two drivers resulted in shots being fired from the driver of the pickup truck leaving the SUVs driver seriously injured from multiple gunshot wounds.

The victim was transported to Baptist Healthcare Hospital by Ambulance Inc. of Laurel County where he was later pronounced deceased.

The victim is identified as: Jack Davis age 40 of Barbourville.

An autopsy will be conducted on Thursday in Frankfort.

The pickup truck driver was not injured.

Numerous individuals have been interviewed by investigators. Upon completion of the investigation, Laurel Sheriff's Lieut. Chris Edwards will make a presentation on this death investigation before a Laurel County grand jury.

Photos of the scene are attached to this report.

Also assisting at the scene was: Ambulance Inc. of Laurel County. Also assisting on the investigation was Whitley County Coroner Andy Croley. 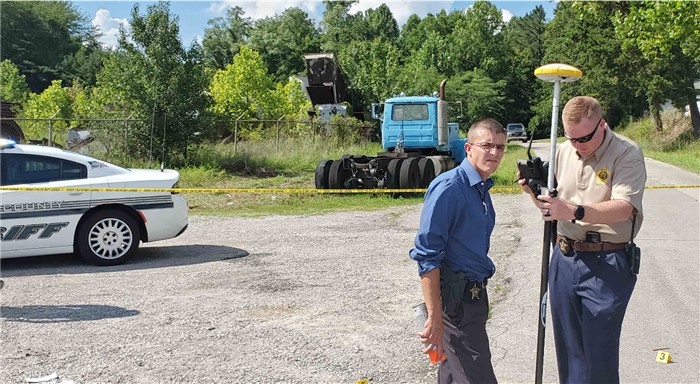 LONDON, KY (July 29, 2020) - Laurel County Sheriff John Root is reporting that: Laurel Sheriff's Lieut. Chris Edwards along with detectives and deputies are investigating a roadside shooting which was reported at approximately 3:32 PM on Wednesday afternoon July 29, 2020.

Upon arrival at the scene, investigators located two vehicles - a pickup truck and an SUV-- along Hanes Baker Road off US 25 approximately 10 miles South of London, and also located a gunshot victim there who had been shot multiple times.

The victim was removed from the scene by Ambulance Inc. of Laurel County to Corbin Healthcare Hospital for treatment of life threatening gunshot wounds.

An investigation is underway to determine the circumstances of the shooting.

Pictured left to right on the scene taking measurements and photos is: Detective Taylor McDaniel and Deputy Brad Mink.