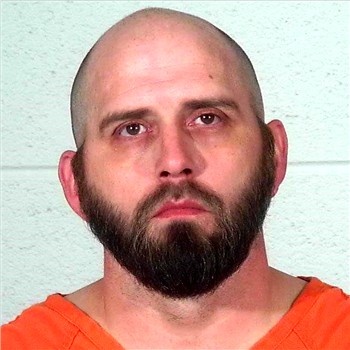 ANGOLA, IN - On September 14, 2020, detectives with the Indiana State Police Internet Crimes Against Children Task Force (ICACTF) arrested a Steuben County man on alleged charges of child exploitation, possession of child pornography, and a weapons offense.

As a result of the investigation, Joseph McDowell, 38, was arrested and transported to the Steuben County Jail on the following preliminary charges:

Anyone having any information related to cyber-crimes against children are encouraged to contact their local law enforcement agency or visit the NCMEC website at http://www.missingkids.com/cybertipline.

The Indiana ICACTF was assisted by the Federal Bureau of Investigations, Steuben County Sheriff’s Department, and Troopers from the ISP Fort Wayne Post.

*The above listed charges are merely allegations, with the final charges to be determined by the Steuben County Prosecutor.  All criminal defendants are to be presumed innocent until proven guilty in a court of law.