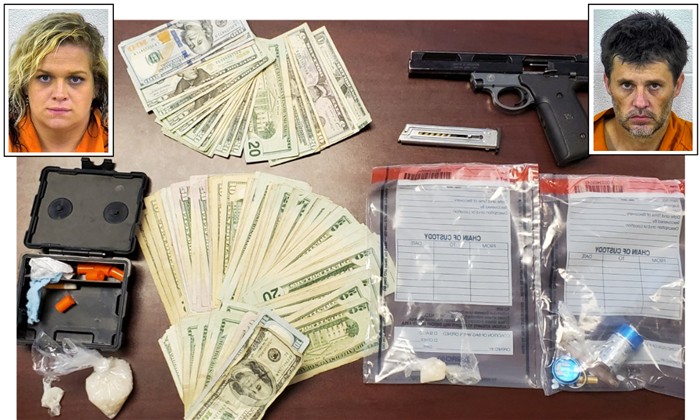 The arrests occurred following a traffic stop conducted by Lieut. Chris Edwards on a white colored Ford Taurus driven by Jessica Perkins. During the traffic stop the driver and passenger were found in possession of a large amount of suspected methamphetamine, several used needles, and a large amount of US currency. During the investigation there the passenger in the vehicle, Larry Moore, who stood outside the vehicle during the investigation attempted to conceal methamphetamine, blue pills, and a crushed glass pipe by dropping them on the roadside. The two arrested individuals were identified as: