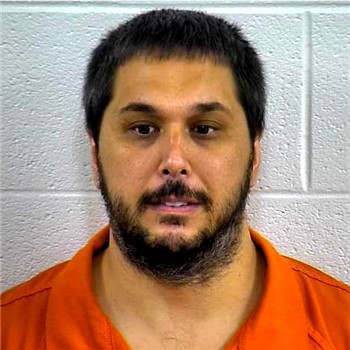 LONDON, KY – A Middlesboro firefighter was convicted late Monday, by a federal jury sitting in London, of receiving and possessing child pornography, on a Middlesboro Fire Department laptop.

According to the evidence at trial, England received child pornography on three separate occasions and possessed a collection of over 600 images, between April of 2017 and June 23, 2018.  England’s fire department laptop was seized, on June 23, 2018, by the Middlesboro Police Department.  At the time, England was serving as a Lieutenant within the Middlesboro Fire Department.  A forensic review conducted by the Kentucky State Police Electronic Crimes Branch showed evidence of dark web access via Tor Browser and child pornography “playlists” created in ManyCam, a web conferencing program.

England was indicted in October of 2018.

The investigation was conducted by the FBI and the Kentucky State Police Electronic Crimes Branch.  The United States was represented in the case by Assistant U.S. Attorney Jenna E. Reed.

England will appear for sentencing, before U.S. District Judge Claria Horn Boom, on March 16, 2021.  He faces a maximum of 20 years in prison for each count.  However, the Court must consider the U.S. Sentencing Guidelines and the applicable federal sentencing statutes before imposing the sentence.